Warplanes: Battles over Pacific - How to increase Squadron size?

Increasing your squadron size with medals

At the beginning - your squadron size is limited to 2 machines (one for you to flight in and one as a "spare"). By investing your medals in "max squadron size" update - you can have as many as 5 planes in a single mission.

medals assigned - numer of planes in your squadron (in total)

While at base (between missions) - click on the plane on the left board and then - focus on the board in the middle. You can change the plane status using the "Change Status" button, and there are 3 possible states (from which the current one is displayed above said button). 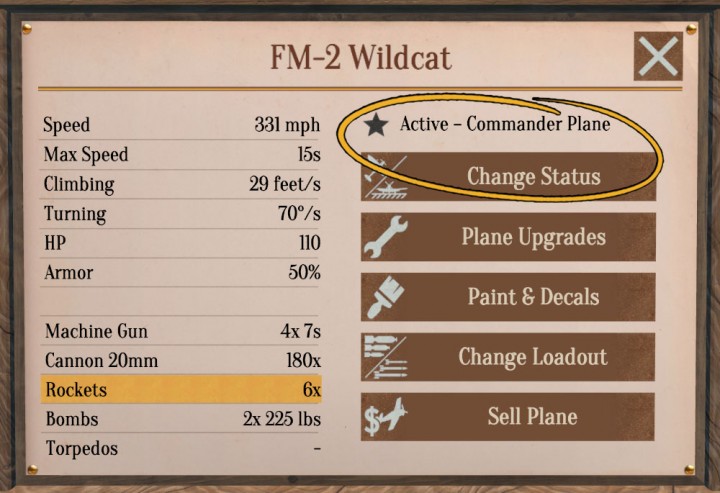 During the proper mission phase - the plane you are currently in is presented by the largest photo. 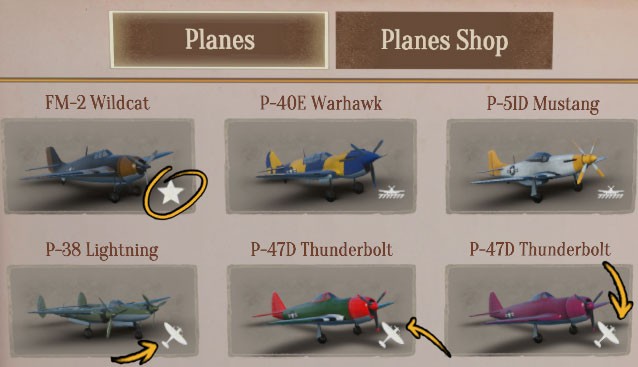 In the situation above - you start with FM-2 Wildcat and after take off - it will be your default (first) plane to fly with. However, while in mission - at the bottom of the cockpit you will also find photos with other planes in your current squadron. Following this particular example - support planes are:

By touching their photos - you can "jump" between them. The trick is to do this right before your HP is out, so in the end, you can survive longer and have more time to destroy all the enemies.